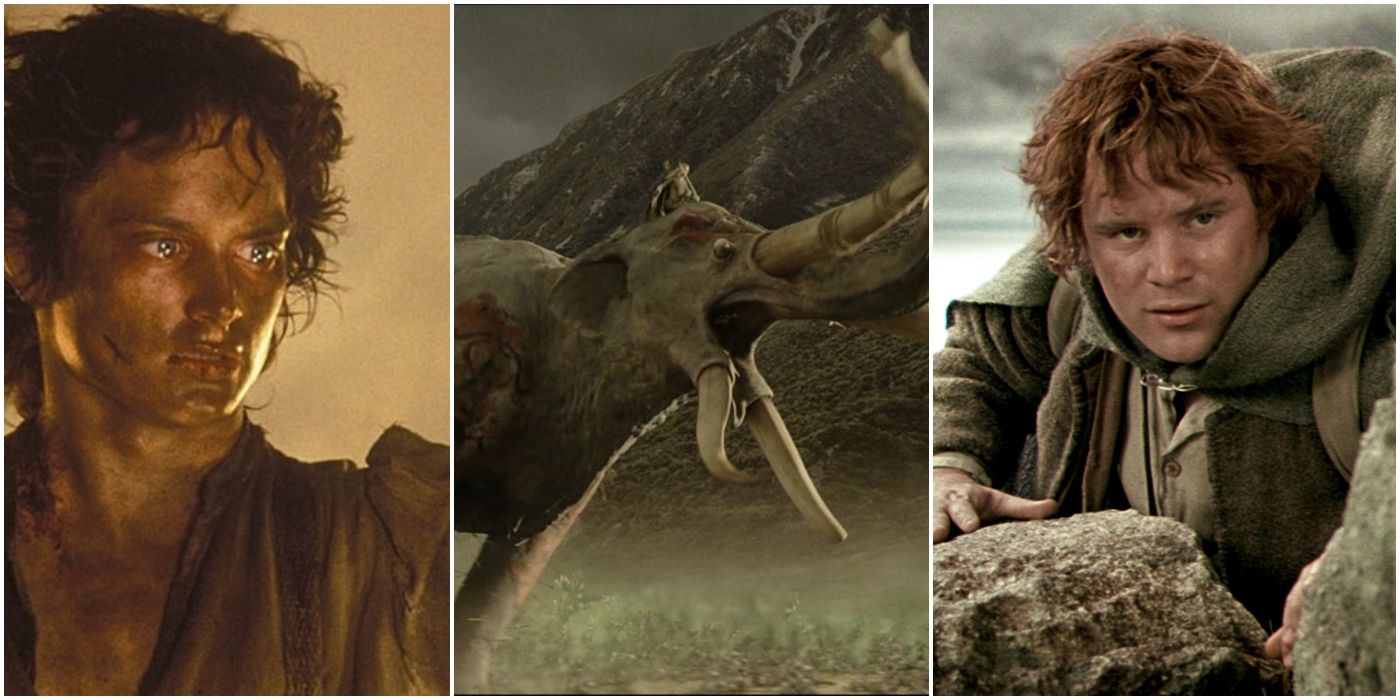 8 Things The Trilogy Improved With Each Movie

The Peter Jackson Trilogy The Lord of the Rings, is still considered one of the best in cinema. It not only brings the creative genius of JRR Tolkien to life, but it masterfully chronicles an exciting adventure about overcoming impossible odds in the most fantastical and gruesome realm of Middle-earth.

RELATED: The Lord Of The Rings: 10 Strongest Elves, Ranked

For fans, deciding which of the three movies is the best is a never-ending debate, though everyone seems to agree that they’re all masterpieces for specific reasons. Choosing which film is the best is difficult, but each film has improved on the first. As the journey progressed and the heroes grew, so did the efforts of the creators.

8 The further they advanced, the stronger the community became

When the Fellowship was first formed, the public believed they would be together forever as a motley group. Their dynamic still had a lot of work to do, however, with Gimli and Legolas at odds, and the Hobbits’ vulnerability in battle. It was sad to see them parted, and their faith in their friendship was tested.

With Sam and Frodo, and Mary and Pippin separated, they would have to depend on each other to rise to the occasion while Aragorn, Gimli and Legolas thought everything would work out eventually. Sam and Frodo’s friendship has been challenged more than any other. The rising tension between the two was built so well with each film that it seemed as real as it was heartbreaking. Despite all the growing challenges along the way, the Community finally came together stronger than ever.

7 Many heroes have had fantastic growth through the movies

It’s very rare to see a movie franchise with multiple characters experiencing incredible growth, not just the protagonist. Sam and Aragorn have the greatest growth. Sam started off as shy and fearful, but ended up being the bravest and most inspiring character. Aragorn has always been a fantastic leader, but when he finally accepted his role as king, it finally became his own.

RELATED: Lord Of The Rings Anatomy: 5 Weird Facts About The Men Of Aragorn And Middle-earth

Other characters rose to the challenge and did their part in the War of the Ring. Mary and Pippin go from clueless fools to fierce warriors during the second and third movies. Éowyn also undergoes her own growth which leads to one of the biggest fight scenes in the trilogy.

There are many interesting character dynamics across the the Lord of the Rings trilogy, but nothing is as complex and central to the plot as Frodo and Sméagol. Frodo first hears of the twisted character as Gollum from Gandalf in the first film. When they finally meet, Frodo takes pity on Gollum, looking past his madness and seeing the person he once was, Sméagol. Frodo does what most would never think of, he tries to help her.

The glimpse into Sméagol’s past adds humanity to the character and also foreshadows what will happen to Frodo. Despite what people may think, Frodo has hope that Sméagol will find his way and by helping him, he himself has a chance of being saved. Unfortunately, with the way Sméagol is treated and how betrayed he feels, his darker side returns. When Frodo is finally corrupted and fights Gollum in the ring, it shows how infuriating it is to be the ring-bearer and also makes for a very dramatic finale.

5 The stakes were raised with each film that passed

In the first scene of the trilogy, it is established that the reign of Sauron could throw Middle-earth into chaos. When Frodo meets Galadriel he showed a vision of the Shire set ablaze and its people enslaved, this vision would be actualized if he failed.

RELATED: The Lord Of The Rings: 8 Saddest Deaths, Ranked

The second film shows Sauron’s impact on the world even better with the manipulation of Théoden, King of Rohan and the killing of several Ents by Saruman. As more characters are involved, the stakes rise as beloved characters could suffer heavy losses, such as when Elrond informs Aragorn that Arwen will die if they don’t succeed in the final film. . If that wasn’t enough pressure for the heroes, there’s also the risk of the power of the Ring, which not only drives Boromir insane, but gradually corrupts Frodo as the journey progresses.

4 Battles get bigger and more creative

As exciting as The Fellowship of the Ring that is to say, the battles aren’t as stunning as they were in the sequel, and there’s an exciting improvement with the final film. Granted, Gandalf’s fight with the Balrog is unquestionably jaw-dropping, but the rest of the fights in the first film are short-lived. The second film has the first high-stakes battle at Helm’s Deep, which combines dramatic combat with strategy in a never-ending battle that defines the film.

In Return of the King, the final battles are on another level. Until the Battle of Minas Tirith, the heroes are pushed to their breaking point, but more than that, it’s clear the film’s creators had a lot of fun. From Aragorn charging an army of ghosts to Legolas single-handedly slaying an Oliphant, not to mention the intense one-on-ones between Éowyn and the Nazgul, plus Frodo versus Gollum miles away, the battles are at their peak. in the final.

3 Raising fear keeps the public on their toes

While The Fellowship of the Ring has plenty of scary moments, from the intense chase scenes to the dramatic build-up of battles, it never reached the anxiety-inducing levels that the second and even more so the third movies did. Sam and Frodo’s journey to Mordor becomes increasingly treacherous, unsettling and hopeless as they are guided by Sméagol.

The set design, location, makeup, and wardrobe, along with the actors’ incredible performances, weighed down the audience with the fictional burden these characters carry. In The king’s return the production outdoes itself, especially when it comes to the story of Sam and Frodo. As viewers follow the heroes deeper and deeper into Mordor, the fear mounts, which ultimately pays the most when the heroes are finally freed from the terrors of their journey.

2 Challenge the public’s faith in a happy ending

While the first film clearly hints that the journey will be far from easy, there is still hope. Heroes know what they have to do and they always have a strength in them, but all along The two towers this force is pushed to the extreme. Fortunately, Sam brings back some hope at the end of the film and the heroes manage to overcome their battles.

All along The king’s return, however, there are so many things the heroes have to endure. Pippin is targeted by Sauron, the army of men are once again at a great disadvantage, and Frodo is lost under the influence of the Ring. At the bitter end, when Frodo fights his way up Mount Doom and time is running out for everyone, holding on to hope is so exhausting for viewers, but it’s worth it for the uplifting finale.

Beneath the acting, set design and special effects is the soundtrack which strives to carry the emotional impact of each scene. Musical composer Howard Shore has added the final piece to this perfect trilogy and the music gets better with each film.

Each soundtrack has the essence of the film and as the drama and emotion escalate, so does Shore’s composition. The first movie transitions from upbeat to dramatic, while the second is overall intense and depressing, except during Sam’s speech where some hope is kindled for the heroes. The third film brings back many of the musical themes and improves them so to speak with new, more dramatic tones to match the final film. Although some themes repeat throughout, there are certain sounds like Treebeard’s theme and the triumphant music when Aragorn receives Anduril that help mark certain scenes and enhance them.

NEXT:10 Fantastic TV Shows To Watch If You Like Lord Of The Rings


following
Harry Potter: 5 actors who succeeded in their role (and 5 who failed)