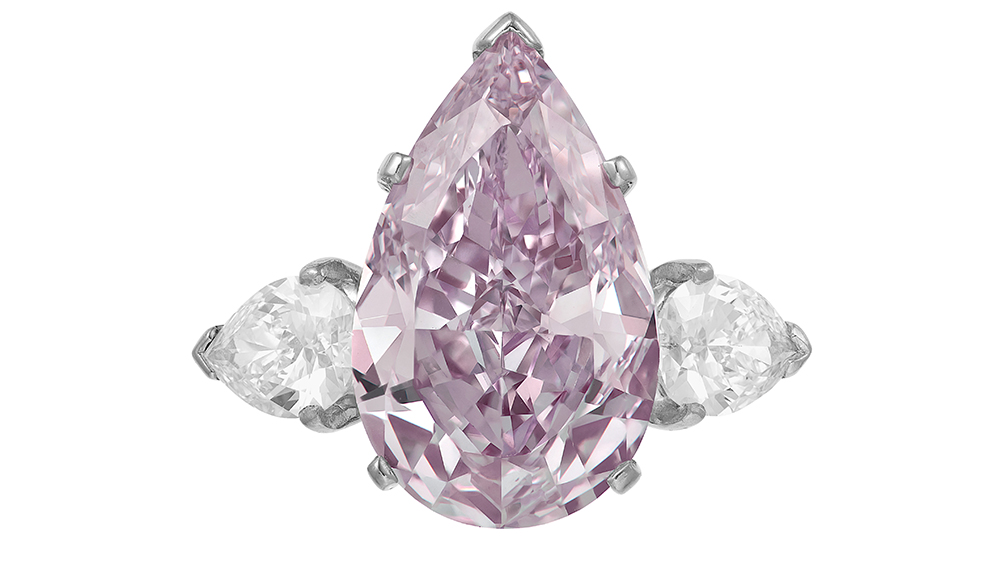 The star of the sale, which will take place in New York on April 13, is known as Fuchsia Rose. This shimmering platinum ring features a potentially flawless 8.82 carat pinkish-purple diamond in the center and a large clear stone on either side. As rare as it is beautiful, the Fuchsia Rose is expected to sell for $4-6 million.

A fancy blue diamond ring that weighs 11.63 carats and a bright yellow diamond ring weighing 15.31 carats also headline the sale. The brightly colored rarities are expected to go for $2.5-3.5 million and $1-1.5 million, respectively.

There are also a number of colorless diamond rings if you’re looking for something a little more understated. Take a stunning 52.38-carat brilliant-cut diamond ring, for example, which is expected to sell for between $1.3 million and $1.8 million.

Besides finger ice cream, the auction includes a superb collection of jewelry such as Bvlgari, Cartier, JAR and Van Cleef & Arpels. There’s also Rockefeller family bling up for grabs, like a stunning Cartier Art Deco bracelet dripping in rubies and diamonds that’s expected to fetch between $60,000 and $80,000.

Another humdinger is a historic Tiffany & Co. “Subway” pendant watch. The antique diamond and enamel watch was made to commemorate the opening of the New York City subway. It actually features some of the dirt that was taken when the subway was inaugurated on March 24, 1900. It is also engraved with the initials of Georgie Annie McDonald. She was the daughter of John B. McDonald, who was responsible for overseeing the construction of the city’s first subway line.

The best part is that you can view these beauties before bidding. An exhibition of the full sale will take place at Christie’s New York from April 8-12.