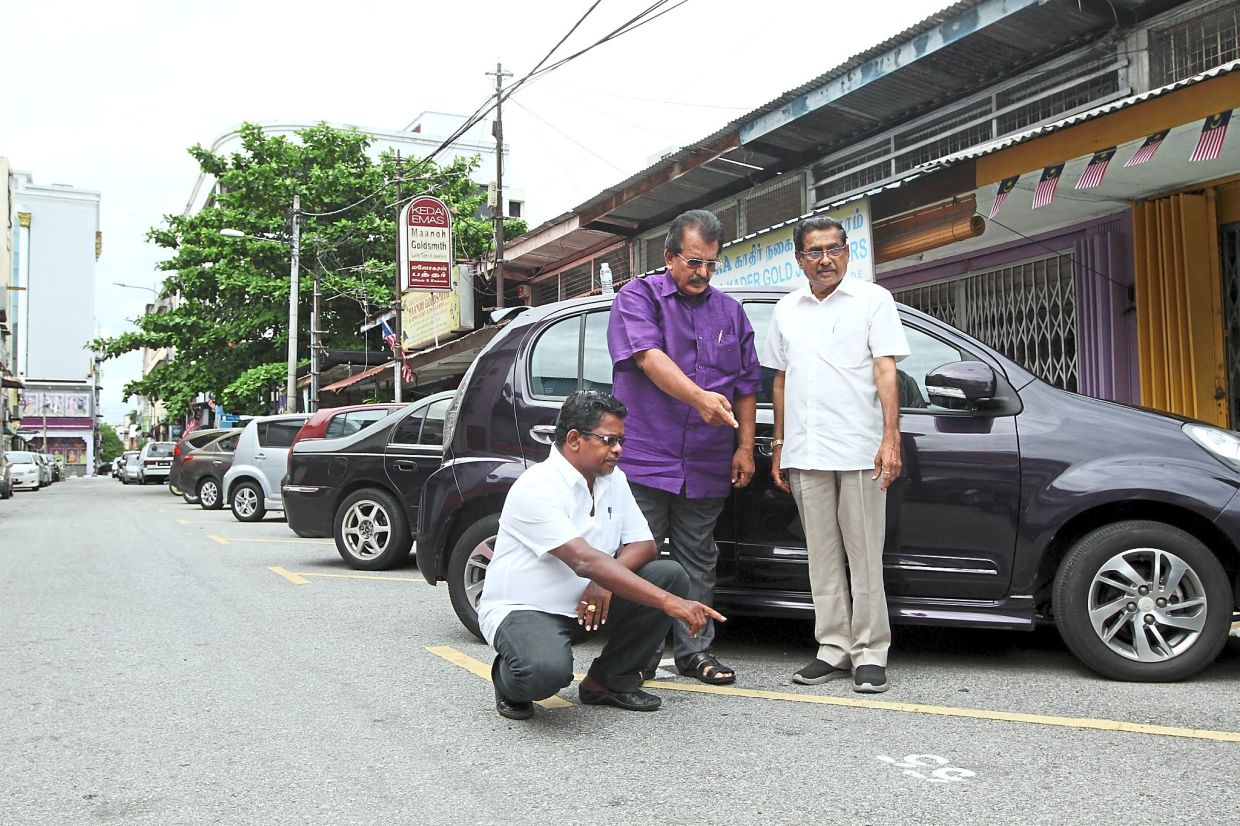 “Do not place stalls in front of our stores”

OWNERS of trading land along Lorong Rembau, off Jalan Tengku Kelana, are concerned about the decision of the Klang Municipal Council (MPK) to let traders from Deepavali Bazaar occupy the parking spaces along the road narrow.

The licensing and peddlers department of MPK marked lines and numbers on the asphalt for traders to set up tents and foldable tables in the back lane.

Businessman G. Pushpanthan, 66, said: “We are not against Deepavali Bazaar, but the stalls outside our stores will affect accessibility and deter our customers from entering.

“We fear that our business will decline.”

There are 10 shops along Lorong Rembau that sell small gold items as well as ear and nose piercing and repair services.

Klang’s Little India Deepavali Bazaar will operate for 15 days from October 9 to 23 with 168 lots.

Manogaran Sundaraju, 68, who trades in one of the shops, said traders in the bazaar in the past received lots further down the aisle that did not block shops.

“The Licensing Department needs to remove marked lines in front of stores.

“We want the council to ensure that the bazaar can operate in a harmonious atmosphere,” he said.

Another businessman, Kathireson Nagalingam, 51, said parking spaces along Lorong Rembau should be reserved for shoppers.

“Only cars should be allowed to park on the lane while small trucks and vans should park on the wider roads in the area,” he said.

Director of the MPK Licensing and Hawkers department, Azhar Samsudin, said the local council had not received any complaints that stalls were blocking shops.

“Commercial land owners are given priority in applying for stall lots,” he said.

“In the past, stalls at Deepavali Bazaar were positioned behind Vinra Curry House up to the open parking area,” he added.