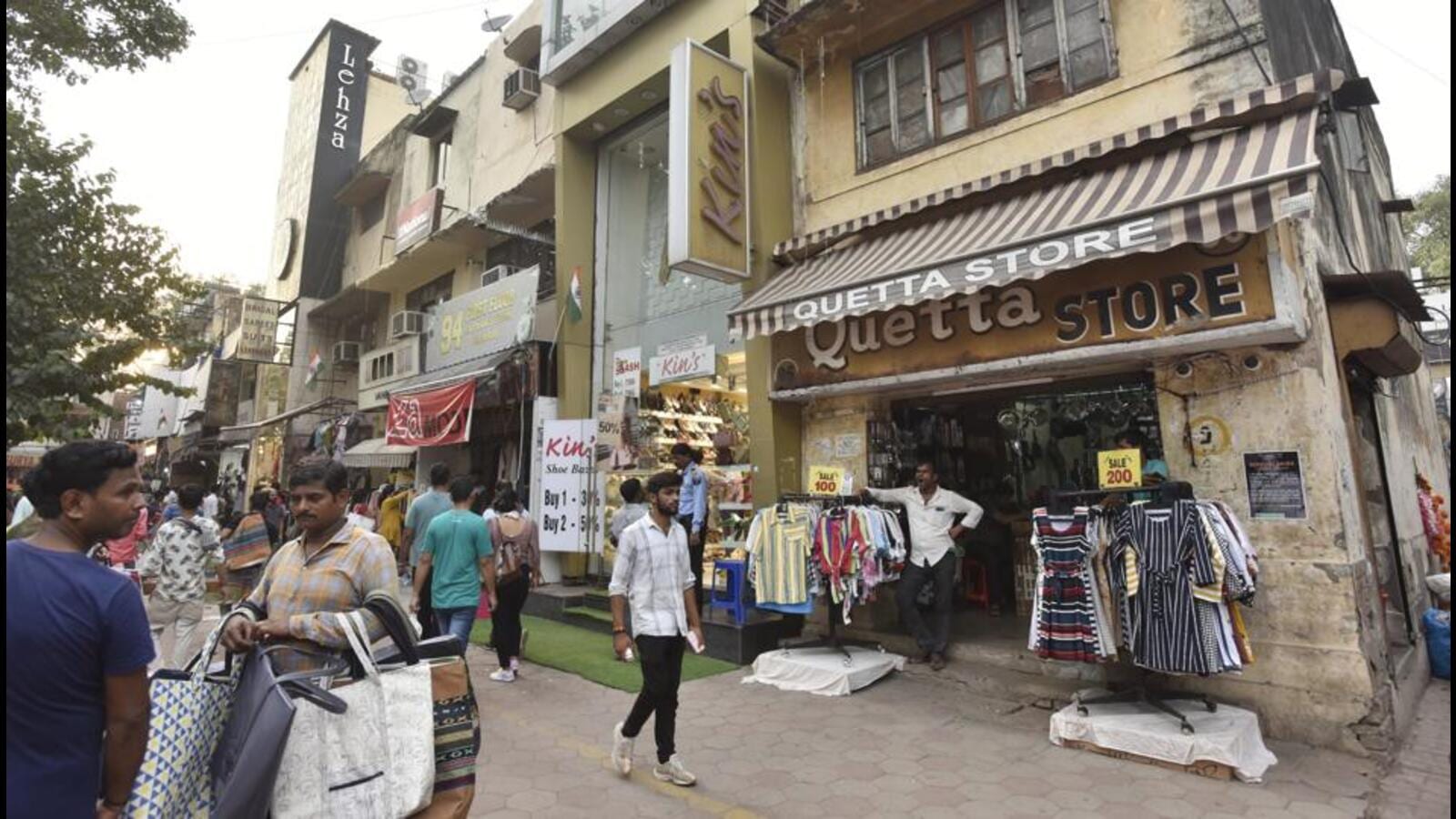 Five years ago, Bodhraj Babbar was sitting in his shop when he received a call from Faruque Chishti. The caller said he was an artist and event organizer from Sialkot, Pakistan and expressed his desire to meet him. “He was curious why our company was called New Sialkot Jewelers,” says Babbar.

In fact, New Sialkot Jewelers is among many old establishments in Delhi named after Pakistani towns – Karachi Sweet Shop, Karachi Stationery Mart, Quetta Store, Peshawar Sweet Bhandar, Lahore Watch Co., Lahore Bakery and Sialkot Jewelers – among many others. . All of these businesses were started by families who moved to Delhi after partition.

Even as the country saw a wave of name changes after independence, the owners of these businesses remained loyal to the original names – many for emotional reasons, the names being markers of their personal histories, others for purely commercial reasons.

The name of their company, they say, invites more curious questions now than it did in the first decades after partition. Delhi took in almost half a million Pakistani refugees in the months before and after August 1947. Last year, the central government declared August 14 a day of remembrance for the horrors of partition.

“My grandfather owned a small gold refining business in Sialkot (now Pakistan) before moving to India. The reason he named the company after Sialkot was to ensure that his company was easily identifiable among thousands of others who had crossed the Indian border from Sialkot, many of whom were his customers,” says Babbar, sitting in his store in Moti Nagar. While my grandfather had an emotional connection to his hometown, my father and I kept the name purely because we are a well-known brand in the region,” says Babbar.

Raj Chandyok, 83, who came to Delhi at the age of nine, simply cannot get Lahore out of his system.

His father came to Delhi from Lahore in September 1947 and a few months later set up a stationery in a kiosk on Ajmal Khan Road and named it Lahore Pen House. In the 1950s, the family moved the business to its present location at Gaffar Market, where the government assigned them a proper store. The same year, the family launched into the sale of watches and renamed the shop Lahore Watch Co, one of the oldest watch shops in the city.

“The name was given by my father who was incredibly proud of the city he left behind. Lahore was so neat, clean and well run,” says Chandyok, 84. “I Lahore Nai Vekhya, O Jamyai Nai he adds in Punjabi — a popular saying among the people of Lahore, which means he who has not seen Lahore is not even born.

“The name also helped us attract a lot of business from other refugees who had emigrated from Pakistan. Until the 1970s, we also had a lot of visitors from Lahore when traveling between the two countries was not so difficult,” adds Chandyok, whose son and grandsons run the business, which opened another branch at South Extension in 2019 with the same name.

Has the family thought about changing their name? “No, and there is no question of it; we are very proud of this name,” says Jatin, Chandyok’s grandson.

But the name of their business has been a matter of debate for the family of 71-year-old Bhimsen Mamtani, whose father, Awat Ram Khemchand Mamtani, started Karachi Stationery Mart in Delhi in 1951. The store is located in Janpath.

Bhimsen Mamtani says that while the family has so far come under no pressure from anywhere to change the name, they have thought about changing it several times.

“My father was a proud Sindhi and named the company after the city of Karachi, where he was born and raised. But over the decades, as communal tensions in the country grew and relations between the “India and Pakistan were deteriorating, he worried that people were confusing our loyalties with our identity,” Mamtani says. “In fact, in his later years, he told us to change it. thought about it, but the legal work to change it into NDMC records was daunting, so we were never able to actually do it,” he says.

His concerns are not unfounded. Following the Pulwama attack in 2019, Karachi Bakery in Ahmedabad and Bengaluru were ordered by vigilantes to hide the word Karachi from their signs. The bakery also put up a tricolor flag as well as posters stating that the brand was established in 1953 by a Sindhi, Khanchand Ramnani, who emigrated to India after partition and is “absolutely Indian at heart”. Last year, Bandra’s Karachi Bakery in Mumbai closed after protests by Maharashtra Navnirman Sena (MNS) workers over its name. The owners of the bakery chain, however, said they had closed due to a Covid-related downturn in business and rising rents.

Bhimsen’s son Mikil Mamtani, 33, who now runs Karachi Stationery Mart, says he has no plans to change the name. “It is a marker of our identity. I had no problem because of it and I have no desire to change it,” he says.

Many of these businesses have become local institutions. Take for example Peshawar Sweet Bhandar in New Rajendra Nagar, which was established by Chunni Lal Sahni in 1950 after he migrated to Delhi from Peshawar.

“Our family had a confectionery in Peshawar and my father opened this shop in old Rajendra Nagar from a small kiosk,” says Subhash Sahni, 62, Chunni Lal’s son. “Our first clients were families who, like us, migrated from Peshawar in 1947. Previously they were concentrated in Karol Bagh and Rajendra Nagar, but over the following decades they moved to different locations in Delhi and NCR. Their third generation always comes to our shop for confectionery,” says Sahni.

Prior to independence, Pakistan’s Khyber-Pakhtunkhwa province, of which Peshawar is the capital, was home to around 50,000 Hindu families. But after partition, people emigrated en masse to India. According to the 2017 Pakistan census, there were 5,392 Hindus in the province. “Our store used to be a meeting point for the Peshawari community in Delhi,” says Subhash Sahni.

The store, which has won several gastronomic awards, is famous for its Gulab Jamun, Pista Barfi and Puri Chhole. Over the years, the Sahnis have tried to recreate many of their recipes from Peshawar. “On Lohri, we make khajoor, a biscuit-like delicacy, which was very popular in Peshawar,” says Tarun, Subhash Sahni’s nephew.

In Sarojini Nagar, South Delhi, Ashok Kumar, who runs Quetta Store, a kitchenware store, says he often has to field questions from curious customers about his Quetta connection.

“I’m tired of answering this question. But surprisingly, people know a lot about Quetta, a city sandwiched between Pakistan and Afghanistan. My father loved the city and often spoke to us about it. But he never visited it.

When asked why not? he says, “It was never for the Indians to go to Balochistan because of the insurrection there.”

Although there are few accounts of the Punjabis of Balochistan in the available literature on the partition, encouraged by the British, many of them had migrated to the region from Quetta in 1901 as traders, civil servants, teachers and government doctors.

Back at New Sialkot Jewelers, Bodhraj Babbar says he has lost touch with Faruque Chishti, the Sialkot man he met five years ago. “Somehow my family was not very comfortable with our relationship.”

‘The Rings of Power’ Cast Teases Rise of Numenor