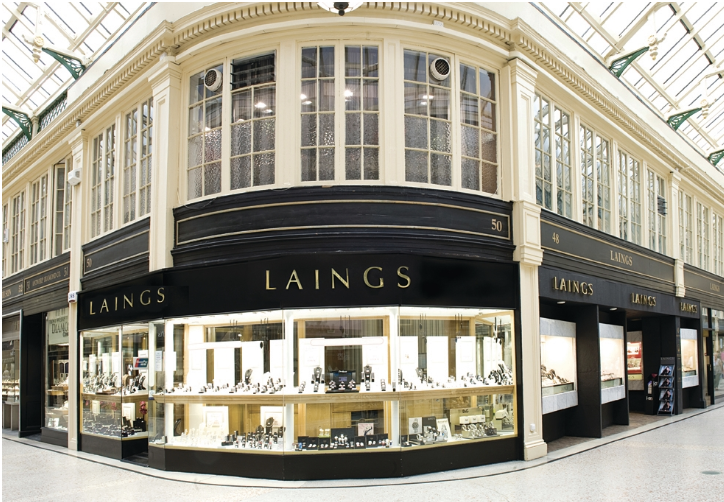 High street jeweler Laings is tendering for its three boutiques in the historic Argyll Arcade in Glasgow and is investing £5million in the move of a flagship store and offices to Buchanan Street.

The family business is consolidating its operations at its base in the 19th century B-listed Rowan House to provide a new showroom and space for artisans.

It brings brands from its three Argyll Arcade showrooms to the 34,468 square foot Rowan House after signing a 15-year lease. This decision comes a decade after the announcement of the expansion of its activity in the arcade.

Stuart McDowell, Managing Director of Laings, said: “The centerpiece of this investment plan is our new flagship showroom in Glasgow.

“With negotiations to secure Rowan House now complete and a 15-year lease agreed, we are delighted to be able to announce our plans to offer a new retail format.”

The basement, third and fourth floors will provide office space, with an improved reception area on the fifth floor, while the second floor will house a new watchmaking workshop.

Exterior work to restore the building’s art deco facade is also set to take place, with artist impressions featuring corporate flags and retractable awnings as a nod to the original Rowan & Co outfitters.

Laings CEO Joe Walsh added: “The Argyll Arcade has been an important part of our history and we are committed to ensuring the success of the arcade.

“Our three Glasgow showrooms have been invaluable as we have built our offering and presence in the city, but as we prepare for this next chapter we are open to inquiries about our retail units existing in the arcade.”

Building mandates for Rowan House are expected later this spring to allow Laings to begin work, with the building due to open later this year.

Easter Sale: Get 20% off all Bucardo Apple Watch accessories