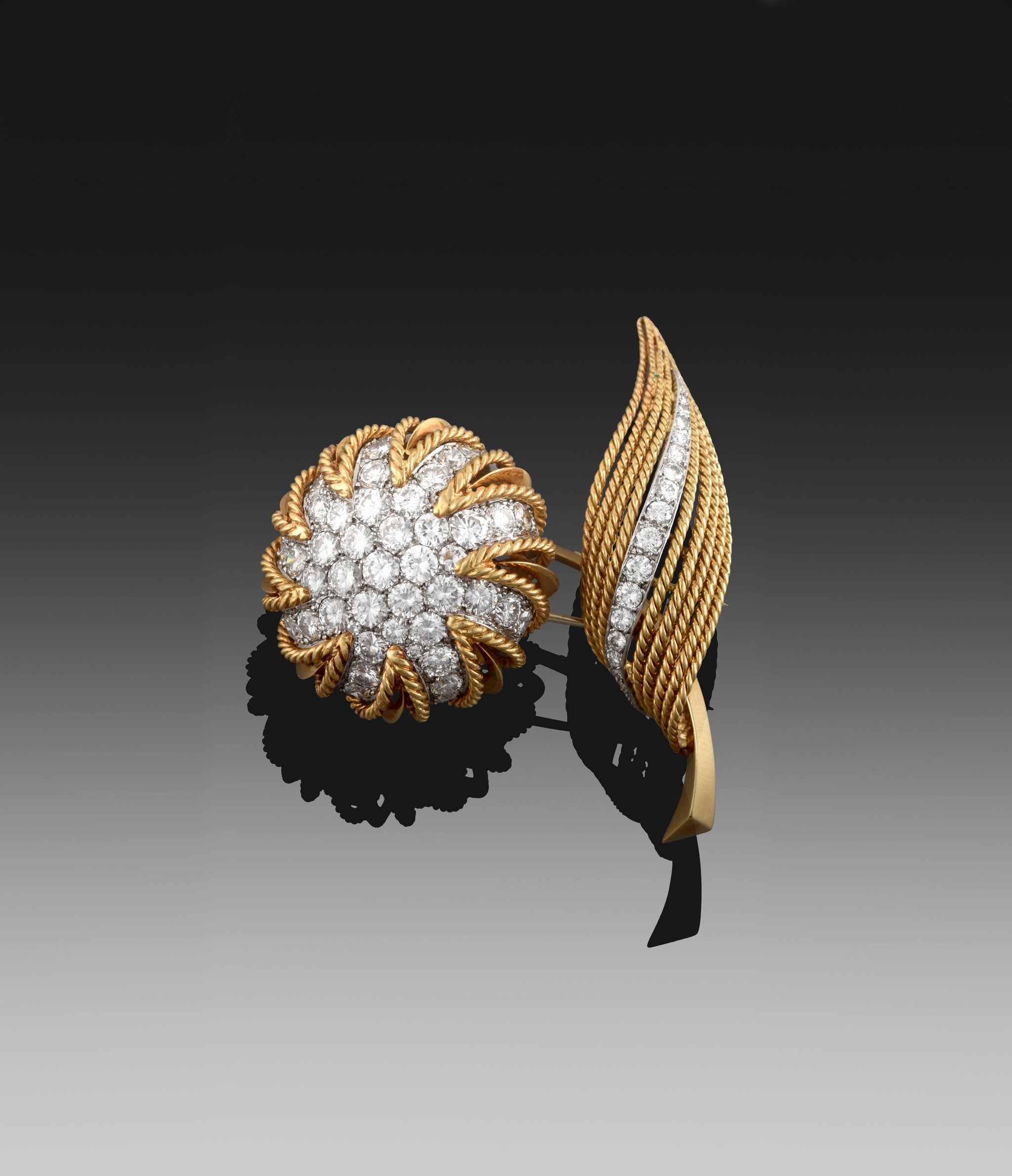 The 92-lot collection is led by a Fabergé tea and coffee service, offered with an estimate of £15,000-25,000 (plus buyer’s commission). The service, consisting of a coffee maker, a teapot, a sugar bowl, a cream jug and a tray, is decorated with Cyrillic initials under a crown and the imperial warrant and was made by the master builder Stevan Wäkevä around 1890 in the St. Petersburg workshop.

The Russians are also interested in a silver enamel and cloisonne cream jug, sugar bowl and teaspoon (estimate £5,000-8,000). The sugar bowl was made by Maria Semenova in Moscow around 1896-1908, the other parts were made by the 11th Artel, Moscow, around 1908-1917, and the set retailed by IE Morozov, the box of which bears the warrant imperial.

Other highlights include a set of twelve George III silver soup plates from the Pelham service, made by Paul Storr in London in 1808. Offered with an estimate of £10,000-15,000, the plates were once part of a service made for Charles Anderson Pelham ( 1748-1823), later created Earl of Yarborough, and his wife Sophie, and are engraved with their coats of arms. Also by Paul Storr, but made earlier in 1794, is a George III silver tureen and lid, engraved with the arms of Sir William Williams, 1st Baronet Tregallow (1791-1870) and his wife Caroline.

The newsletter mute the noise

Along with a slew of significant pieces from other sellers, this sale represents the highest estimate for a silver sale ever offered at Tennants. Among a good collection of Russian silver, part of the contents of a private house, St Judes, Isle of Man, is a Doulton stoneware bowl with silver mounts by Fabergé (estimate: £3,000-5,000), and a Parcel-Gilt silver and Niello Bonbonniere made by Vassily Romanov of Veliki Ustyug in 1783 (estimate £4,000-6,000), featuring a partial map of Vologodskaya Oblast.

The sale includes a selection of quality classic jewelry, made by prestigious jewelry houses such as Van Cleef & Arpels, Boucheron and Tiffany. A magnificent stylized rosebud brooch in gold and diamonds, by Van Cleef & Arpels from the late 1950s/early 1960s, shows the pioneering style of gold work, as well as the combination of a perfect setting of the diamonds (estimate: £4,000-6,000). A gold ring by Boucheron shows a strong creative 1960s abstract design (estimate: £700-1000). Finally, a yellow sapphire and diamond ring from Tiffany highlights the individuality of the design, with the Tiffany Art Nouveau influence of yellow gold scrollwork on the setting with tapered diamonds on the shoulders (estimate: 7,000-10,000 £).

A beautiful and rare Rolex Day/Date watch in 18k yellow gold leads a wide selection of watches, on offer with an estimate of £25,000-30,000. Manufactured in 1988, the watch face is adorned with the red Khanjar royal crest of Oman. The Sultan of Oman, Qaboos Bin Said al Said, began collaborating with Rolex in the early 1970s and presented these rare watches as a sign of gratitude for services rendered to Oman.

Also on offer is a 2013 Portugieser Perpetual Calendar International Watch Company 18k white gold watch (estimate £14,000-16,000), a rare 1966 Rolex Explorer (estimate £6,000-8,000) and a very rare Longines Diver’s Super Compressor from 1960. (estimate: £3,000-4,000). The latter features a unique “super compressor” sealing system, designed and patented by Ervin Piquerez in 1956, in which the housing was designed to seal even more when exposed to high water pressure during dives.

An illustrated catalog will be available on www.tennants.co.uk ahead of the sale.

Nelsonville is home to shops, restaurants and art-oriented businesses