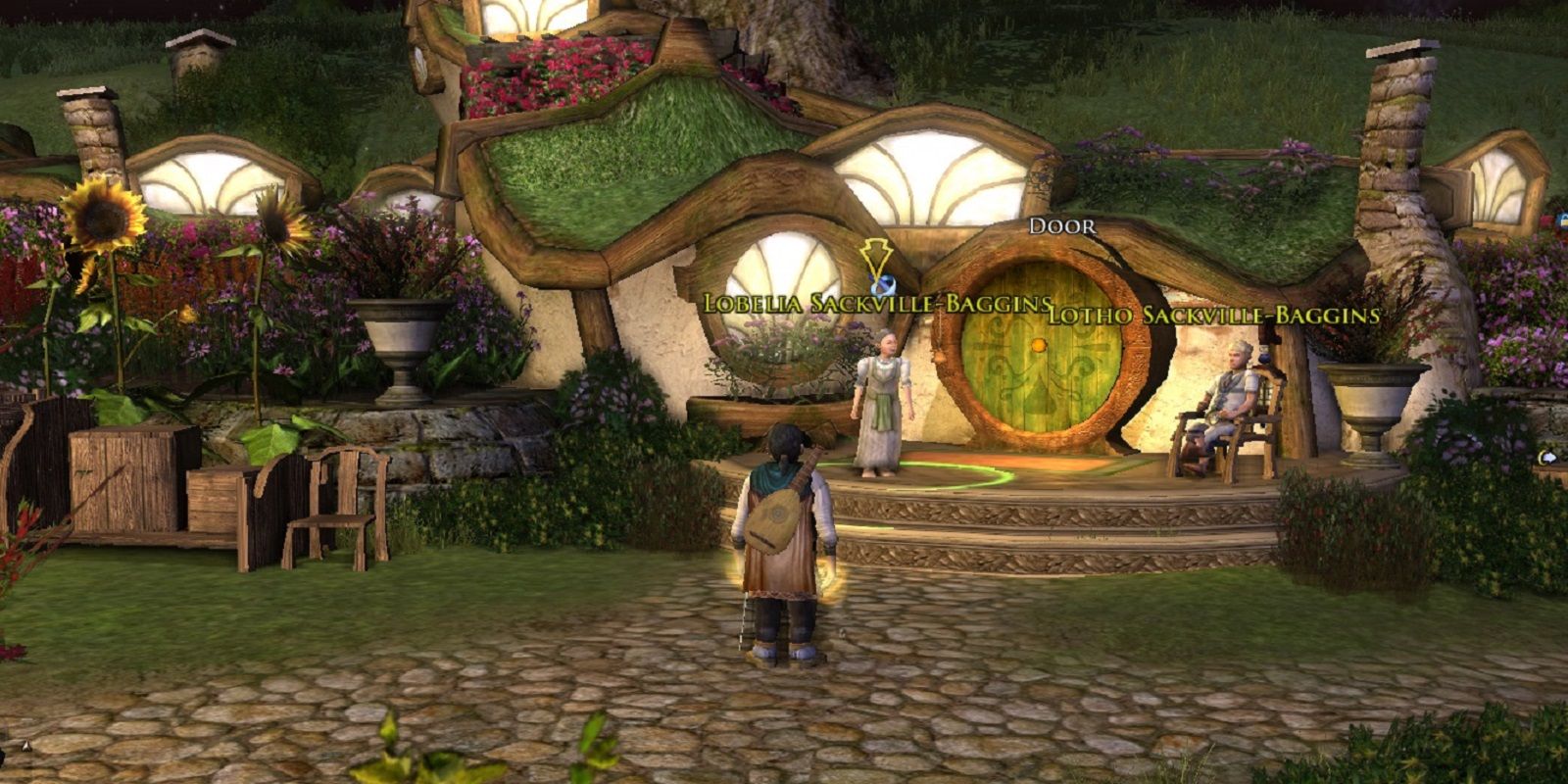 The Lord of the Rings has been adapted countless times. There are the famous films made by Jackson, Walsh and Boyens. There were cartoons before them. In the years to come we will have The Rings of Power and War of the Rohirrim. There are graphic novels, there is fanfiction, there is the adaptation that you do in your head every time you read a passage, and there are games. A lot of games.

When you think of Lord of the Rings games, you might think of Shadow of War or Battle for Middle-earth 2. The former is a fun ride – it’s basically Assassin’s Creed Mordor – if you ignore its mutilation of the treasured lore of Tolkien, and the latter is still one of my favorite strategy games 15 years after its release.

GAME VIDEO OF THE DAY

Related: If You’re Going To Be Power Rings Crazy, At Least Get Your Quotes Correct

Then there are the links to the LEGO movies and releases, card games and mobile games, text-based adventures and more. I played most for at least two hours, but one seemed inscrutable: The Lord of the Rings Online. Despite its simple title, the prospect of stepping into an MMO – a genre I haven’t dabbled in since OG Runescape – and being surrounded by top level players who know what they’re doing was daunting.

I took the plunge this month because I’ve heard a lot about how he adapts Tolkien’s texts and recreates his world. It’s not like I have enough live games on my plate with serious Apex Legends and FIFA Ultimate Team commitments to juggle as well, but I wanted to at least dip my toes into the biggest blind spot in my catalog of Tolkien games. I was also motivated by the discussion that The Rings of Power wasn’t “true to Tolkien,” largely due to the cast of people of color and the dwarf not having a beard. Tolkien’s own work barely describes his characters and repeatedly contradicts himself on appearances of dwarf women, but many people will not listen and will remain, perhaps unknowingly, more influenced by Jackson than Tolkien. Both the time compression of the Amazon series and the potential tangling of Durin’s lineage both worry me, but I wanted to spend time in a world considered to be incredibly faithful to Tolkien’s text: The Lord of the Rings online.

I created a little hobbit bard. I wasn’t in the mood to fight much, and I realize that without a raiding group of friends, picking a relatively defenseless healer was probably a bad choice, but I’m here to explore rather than me. beat – let’s see how it works for me. With my complete little guy, I started. After a short time at the Tutorial Village, I was transported to the Shire and immediately headed for Hobbiton.

Over the hedge I jumped and across the field I sprinted. I spooked a group of chickens once, narrowly avoided being skewered by a boar another. It all felt like a hobby, but I needed to see an iconic sight to know how true this game was to Tolkien’s words. As I rolled over the final rolling hill and saw The Hill, I knew LOTRO had nailed it.

Compare the game’s recreation of The Hill – it’s Frodo and Bilbo’s home, Bag End, up top for those of you unfamiliar with The Shire – with Tolkien’s own illustration of the area. It’s an incredibly faithful replica, fully 3D playable Tolkien artwork expertly transferred from page to page.

But it gets even better the further you go. Places like Bywater are described in detail in The Fellowship of the Ring, but Brockenborings is only mentioned in passing (once in all six books of The Lord of the Rings) and shown on a map. Tolkien’s maps are central to his world-building, but aren’t much use when designing a part of The Shire for visual support – for that, you’d much rather work with his words. However, The Lord of the Rings Online extrapolates what Tolkien at described to create a realistic world that looks straight out of the books, even for areas that are only hinted at.

Locations are all accurate according to book maps and verbal instructions. But Brockenborings feels like a Lord of the Rings location, as if the developer had access to a hidden chapter that Tolkien spent describing the network of hobbit holes drilled into the hills of the area.

There are more wild pigs and aggressive wolves than in Tolkien’s version of The Shire, nor do I recall him ever mentioning bears or copper deposits. But any adaptation must make some modifications to adapt to its new medium. After all, The Lord of the Rings Online is an MMO, not a walking simulator. We have to level up and complete quests, which means concessions have to be made. Now that I mention it, I would like a walking simulator based on Shire. Anyway.

From Rushock Bog to the Scary Mine, The Lord of the Rings Online visualizes parts of Middle-earth in a way that seems faithful to Tolkien’s descriptions of the rest of The Shire, while filling in the blanks. Concessions have been made – the giant spiders have never ventured into Bridgefields – but they are not significant.

We should incorporate this experience into The Rings of Power and The War of the Rohirrim – and all subsequent adaptations. We are unaware of Tolkien’s thoughts, but the adapters carve their own creations from the fantasy world he created. The pieces may not be the way you imagined Little Delving or Forodwaith, but that’s okay. An adaptation with its own spin on things – be it locations or characters – doesn’t take anything away from what you imagined, just like it doesn’t take anything away from the canon of Tolkien’s books. It is, after all, an adaptation, that is, an interpretation of the source material, which Tolkien, who was an avid interpreter of classic texts like Beowulf, knew well. At this time, we don’t know exactly what Amazon’s show will look like, and I don’t know what the rest of The Lord of the Rings Online’s sprawling Middle-earth portrayal will have in store. But either way, I’m glad to know.

Next: Are The Blue Wizards In The Rings Of Power Trailer?

The teenager and his two friends were arrested after expressing their support for a jailed Putin critic.

Ben is a Features Editor at TheGamer. You can read his work in Eurogamer, The Guardian, IGN, Kotaku, The Loadout, NME, VICE or on Twitter @BenSledge.