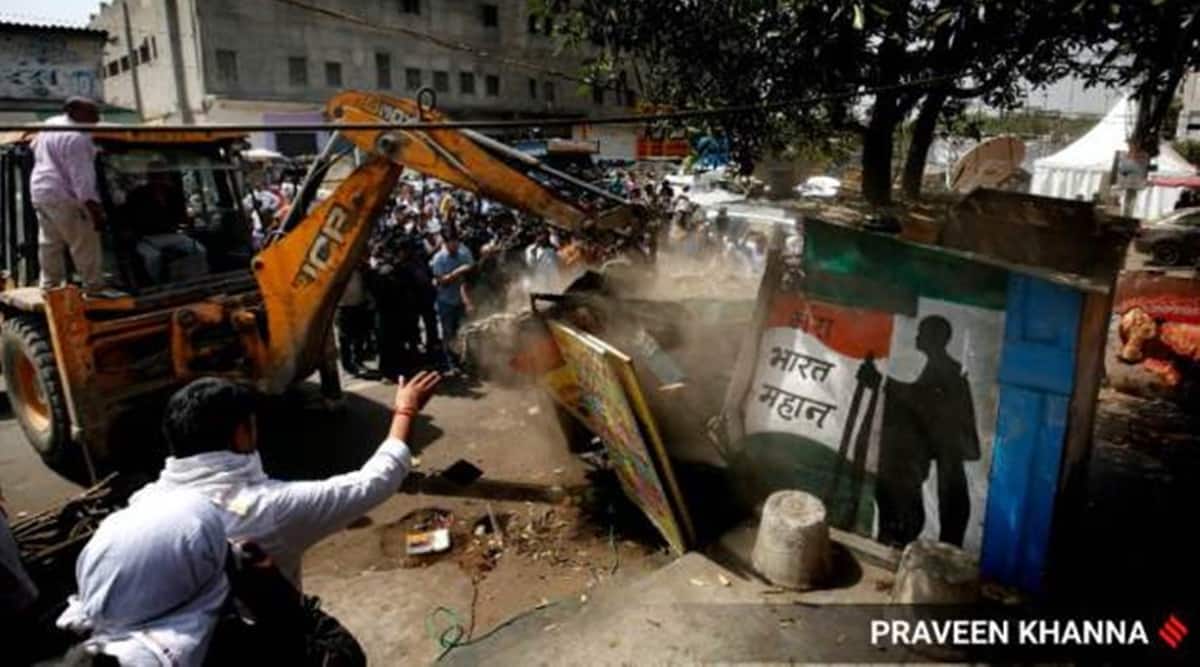 Violence in Jahangirpuri: Paan kiosk run by 2 accused among businesses tagged by MCD

Among the shops targeted by bulldozers during the North MCD demolition campaign in Jahangirpuri is one belonging to the family of two men arrested in connection with the violence on Hanuman Jayanti.

Police arrested Akshar (26) and his brother Mukhtyaar Ali (28) on April 17, a day after the violence.

They claim both have criminal records. “They have been involved in previous assault and gun law cases. We have technical evidence against them,” an officer said.

At the family home, the arrest weighed as much on the family’s minds as the demolition of a paan shop that helped them pay the bills.

“My children keep asking questions about their father. My father and uncle send us money but I don’t know how much it will help us,” said Aspiya, Akshar’s wife, who lives in block C.

“We were sleeping when the police arrived late at night. They shot Akshar and said he was involved in riots. They also took his brother,” she said.

Aspiya’s sister-in-law, Manu, claimed the store was not illegal and showed receipts, allegedly from the MCD, to show he had the approval of the authorities.

“The shop is in my husband’s name. We paid all bills on time. I had sold my mother’s gold jewelry for the shop. Now we have nothing. My brothers-in-law are behind bars, our store has been destroyed and many things have been stolen or damaged,” she said.

“Some locals are now calling us Bangladeshis, terrorists. These are the same people who used to buy us drinks and food. I am extremely stressed,” Aspiya said.

Police claimed the arrested men were involved in stone throwing and rioting during the shobha yatra. A total of 25 people have been arrested so far in connection with the violence, and more arrests could take place in the coming days.